Flights To Chandigarh From USA | FlyDealFare

FlyDealFare offers you the lowest and best deals on Flights To Chandigarh From USA. The experts at FlyDealFare take care of all the booking hassles to make sure you have a stress-free online travel booking experience. Since we are partnered with all the big international airline carriers in the world we can offer you the lowest prices in international fares.

Chandigarh is India’s first planned city post-independence and was meant to be a vision for other future cities in India. It is controlled and administered by the central government of India but Chandigarh is the official capital of two states – Haryana and Punjab. Chandigarh is known as a prosperous cosmopolitan that offers comfort and big opportunities.

The then Prime Minister, Jawaharlal Nehru had commissioned the famous Swiss architect Le Corbusier with the grand task of creating a city that would have sweeping boulevards, large gardens, and lakes. After more than 60 years one can see that the city has grown and attracts young people from all over. You will find swanky malls, 5-star hotels like JW Marriot, and an IT park; yet the city has managed to retain its original charm, although a little aged.

The greenery of the city is a welcome respite from the otherwise concrete jungles of bigger metros. Each sector is designed to be self-contained with markets, parks, and cyclist and pedestrian-friendly lanes. When you visit Chandigarh you cannot afford to miss going to Sector 17 and 22 for shopping and if you like good food and music then you can take your pick from any of the restaurants and clubs all along the Himalaya Marg. Some of the major tourist attractions are Sukhna Lake, Rock Garden, Ellante mall,  Rose Garden, and Leisure Valley.

Book Flights To Chandigarh From USA or purchase your vacation tickets to Chandigarh: “The city beautiful” at discounted rates with FlyDealFare.

Q1. What is the name of Chandigarh Airport?

Ans- The Central Government of India has given an approval and after the final decision the airport would be known as Shaheed Bhagat Singh International Airport.

Q2. What is the best time to visit Chandigarh?

Ans- Summers are not at all a good time to visit Chandigarh as it’s too tough to stay outdoors because of the scorching heat. The best time to visit would be around February to April.

Q3. Which language is spoken in Chandigarh?

Ans- Punjabi is most spoken by local people but languages such as English and Hindi too are predominantly spoken in Chandigarh.

Q4. Can you name the best places to visit in Chandigarh?

Q5. What are the activities I can do while I’m in Chandigarh?

Ans- You can see all the good places in the city and go shopping as well as explore the Punjabi cuisine.

Q6. What is Chandigarh known for?

Ans- Chandigarh is known for its urban planning and architecture and is designed by the famous French Architect Le Corbusier.

Q7. Where can I get the best deals on flight tickets to Chandigarh?

Ans- On Flydealfare you can buy the cheapest deals on flight tickets from USA to Chandigarh flights.

Q8. What’s the distance to the city center from the Chandigarh airport?

Ans- It is at an approximate distance of 15 to 20 km from the city’s major spots like Bus station, Railway station.

Chandigarh International Airport is an international airport which serves the Indian states of Punjab, Haryana and Himachal Pradesh.

Talking about the airport runway, it is located in the Union territory of Chandigarh and the international terminal is located on the south side of the runway.

Practically, the airport is situated in the village of Jhiurheri, Mohali, Punjab. 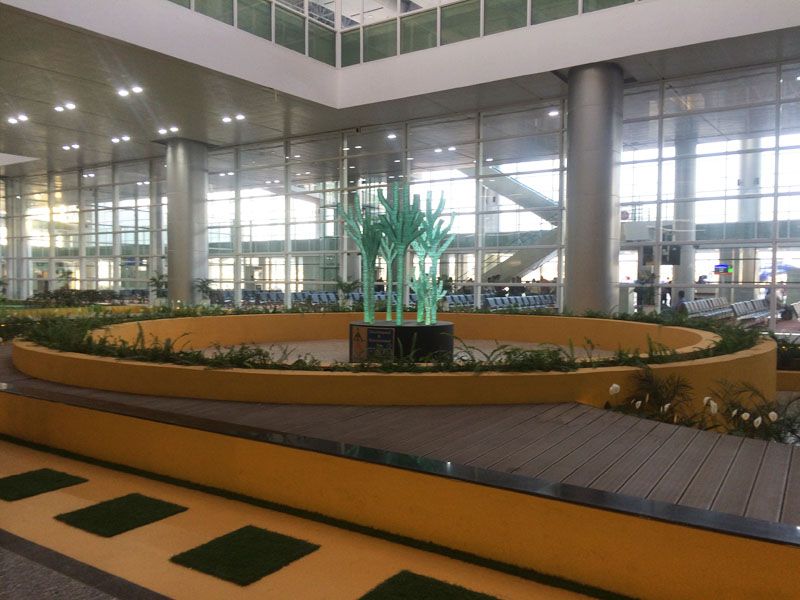