FlyDealFare is the best online travel portal from where to Book Cheap Flights To Bhubaneswar. We work directly with all the major airline carriers and therefore we can give you the best deals on international flights. Call us today and our helpful team will book your flights with the lowest fare possible for the dates that you want to travel.

Bhubaneswar, the capital of Odisha is a very popular tourist destination of the state and is also known as the City of Temples. It has over 700 temples and most of them dedicated to Lord Shiva.

According to mythology, Bhubaneswar is also the Sanskrit name for Lord Shiva, and the place has a deep connection with him, as this was one of his favorite places to spend time. apart from this, many of the temples were built in and around the 8th to 12th century AD, this was the time when the worship of Lord Shiva was at its peak.

Starting with the Lingraj Temple, there are five temples not to be missed when here. The Lingraj Temple, built-in 11th century AD, is a perfect example of the temple architecture used at that time. It is a splendid sight to behold. The Lingraj, or the king of Lingas, represents the phallic symbol of Lord Shiva. There are 64, smaller shrines dotting the temple complex. The important thing to remember for a tourist is that only the Hindus are allowed inside the temple complex, other people can view the inside from a raised platform.

Mukteshwar Temple was built in the 10th century AD and is one of the smallest and most compact temples in the city. It stands at merely 34 feet in height. The temple is also special as it’s dedicated to the “Lord who gives freedom through yoga”, hence a visitor will find many people performing various yoga postures and doing meditation in the temple complex. The temple is also known for its exquisite stone archway and the ceiling with its eight-petal lotus inside the porch.

Brahmeswar Temple is near the Lingraj temple and is said to be built in the 11th century AD. The temple is the first of its kind to employ iron beams in its construction, it is also among the first temples to use images of musicians and dancers on its temple walls. The temple stands tall at about 60 feet in height and it’s decorated with images of several gods and goddesses, various religious scenes, and animals and birds.

The Rajarani Temple is unique, in the sense that it’s not dedicated to any particular deity. Built in the 10th century AD, it was a pleasant spot for the king and queen of the time. The carvings on the exterior remind one of the Khajuraho Temple.

The Yogini Temple is some 15 km away from Bhubaneswar and yet is an experience not to be missed out on. The temple is only one of the four temples in the country representing the cult of tantra. People are fearful of visiting the place and still it holds a fascination for all. The temple has carved figures of 64 yogini goddesses, representing the 64 forms of the Divine Mother created to drink the blood of demons.

We here at Flydealfare will help you book your Cheap Flights To Bhubaneswar from the USA at discounted rates with the best possible amenities.

Q1. What is the name of the Bhubaneswar Airport?

Q2. When is the best time of the year to visit Bhubaneswar?

Ans- The best time to visit and travel to Bhubaneswar is around the winters. Months between October to March are ideal as the weather is pleasant.

Q3. Which language is spoken in Bhubaneswar?

Ans- The primary language that’s spoken in Bhubaneswar is Odia. English and Hindi are also spoken by the people there.

Q4. Can you name the best places to visit in Bhubaneswar?

Ans- There are a lot of tourist places to visit here. The prominent ones are Lingaraj Temple, Udayagiri and Khandagiri, Hirakud dam, Parasurameswara Temple and the Bindu Sagar Lake.

Q5. What are the activities I can do while I’m in Bhubaneswar?

Ans- Well, there are a lot of things to do in Bhubaneswar like visiting the state museum, buy travel souvenirs and relishing the local cuisine or food.

Q6. What is Bhubaneswar known for?

Ans- Bhubaneswar is an ancient city and is also known by the epithet “Temple City.”

Q7. Where can I get the best deals on flight tickets to Bhubaneswar?

Ans- On Flydealfare you can buy the cheap deals on flights tickets from USA to Bhubaneswar.

Q8. What’s the distance to the city center from the Bhubaneswar airport?

Ans- It is located at around just 4km from the airport.

Biju Patnaik international airport (BBI), is an airport serving the capital city of Odisha i.e. Bhubaneshwar. This is situated around 4 km south-west from railway station and 6km away from city center. This is known to be the 15th busiest airport in India. The airport boasts two active scheduled passenger terminal i.e. terminal 1 and terminal 2 for domestic and international passengers respectively. Major airlines operates from this airport are Air India, Air Asia, IndiGo, Vistara and GoAir. 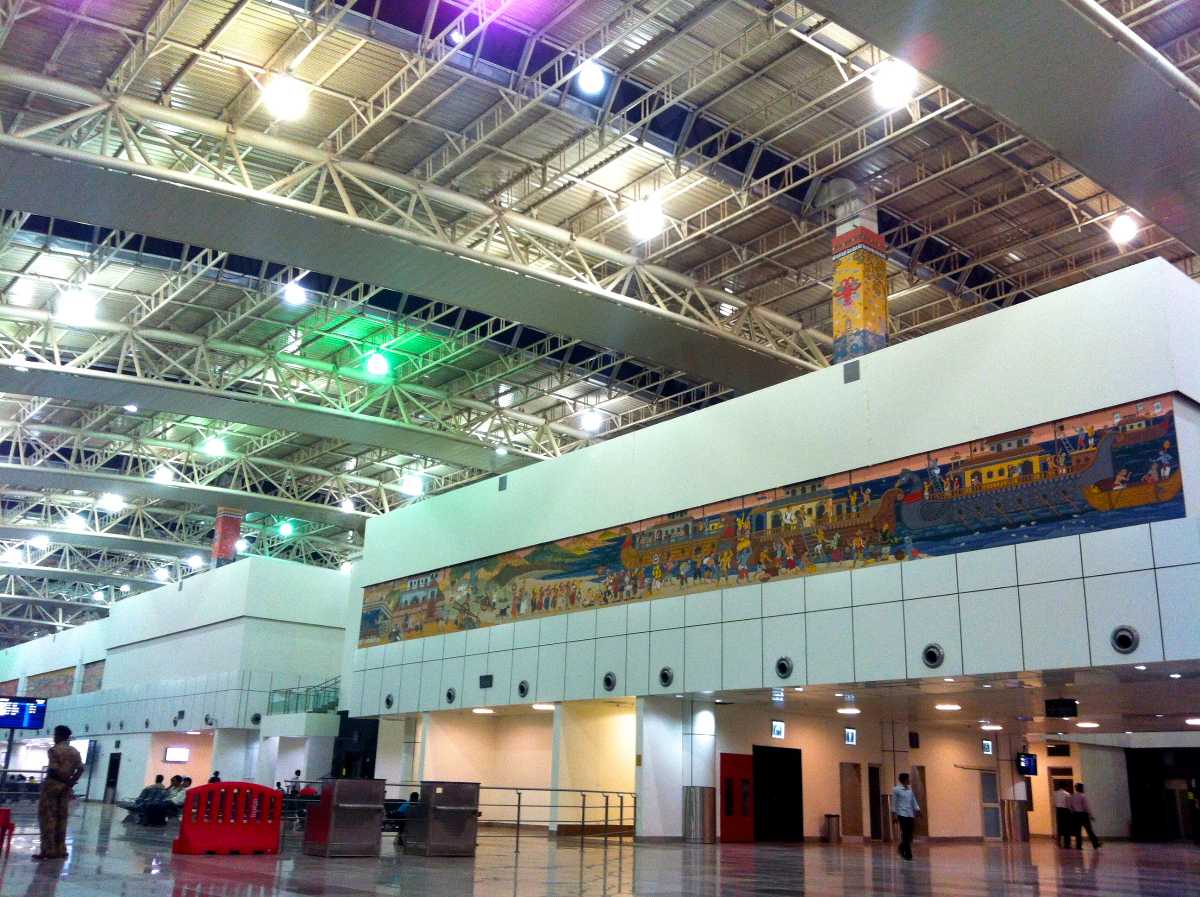